Lily by Janne Kyttanen: Paving the Way for Things to come in 3D Printing Lighting

In an exclusive movie by Dezeen, released earlier this month, Janne Kyttanen explains how he designed the  flower-shaped ‘Lily’ lamp back in 2002 as a demonstration of how 3D printing could be used to create desirable lighting objects for the home.

3D Printing: From Prototyping Use only to End Product Fabrication

Back in 2002, 3D printing technologies were much more expensive than they are today. The key to the success of this particular product was making it small enough to be affordable, according to Kyttanen himself. On the contrary to what he expected – the fixture was originally designed for private use – the light caused a stir when it was in 2003 presented at Milan Design Week. By showing how 3D printing – previously considered a prototyping technology only – could be finally used to create consumer products as well. 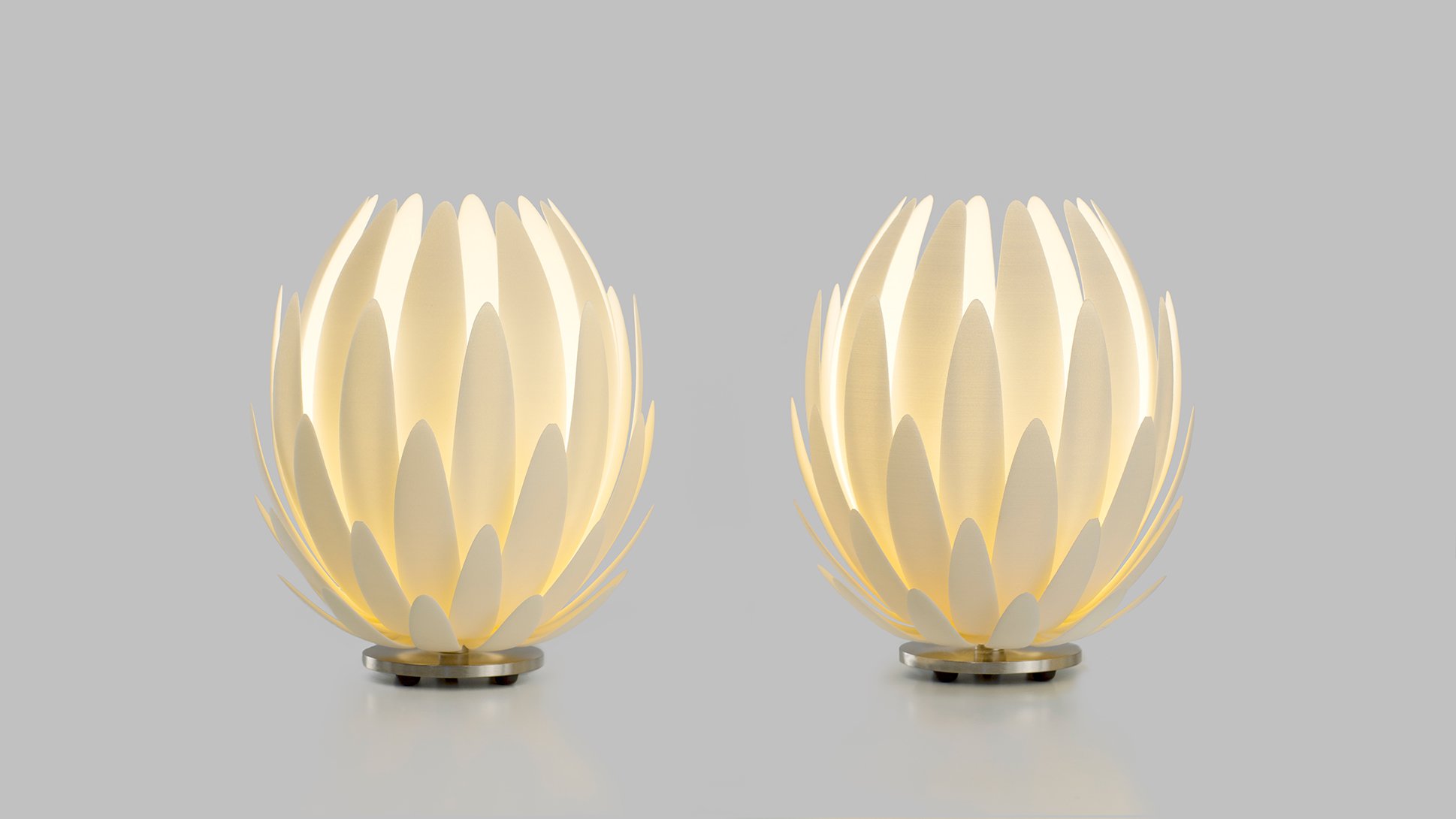 Kyttanen’s Lily light, which he designed during his time in his studio ‘Freedom of Creation’ (Amsterdam, NL), is a lamp created by selective laser sintering (SLS). The form reminiscent of a water lily flower. It’s been made of polyamide, a very fine powder used for SLS processes.

When the light inside is turned on, the petals start to glow and reveal the tiny layers of plastic the lamp is composed of.

While the Lily light itself is not currently available to be downloaded and printed at home, Kyttanen suggests the proliferation of affordable desktop 3D printers in the years since the light launched show his instincts about the future of 3D printing were right.

The Lily light is manufactured by the Belgian 3D printing company Materialise. The product – which comes in a table and floor-standing version – is still available for purchase.

This post was inspired by Dezeen’s article and interview with Janne Kyttanen.