Silvia Lovásová is an Object Designer based in Bratislava, Slovakia. We recently discovered some of her design work on the web, and are delighted to bring the ‘Luster Chandelier’, one of here most impressive projects we noted, closer to you in this post. The Luster Chandelier was first showed at the Bratislava Design Week 2015.

‘Luster’ or ‘Lustre’ is the way light interacts with a surface of for example a crystal, rock or a mineral. The word itself traces its origins back to the latin “lux”, that means “light”. Generally, it implies radiance, gloss, or brilliance. A range of different terms are used to describe lustre, such as earthy, metallic, greasy, and silky.

The project Silvia spent the most time with in the last year  was this 3D printing this chandelier. It is build together from sixty separately printed pieces and LED light sources. 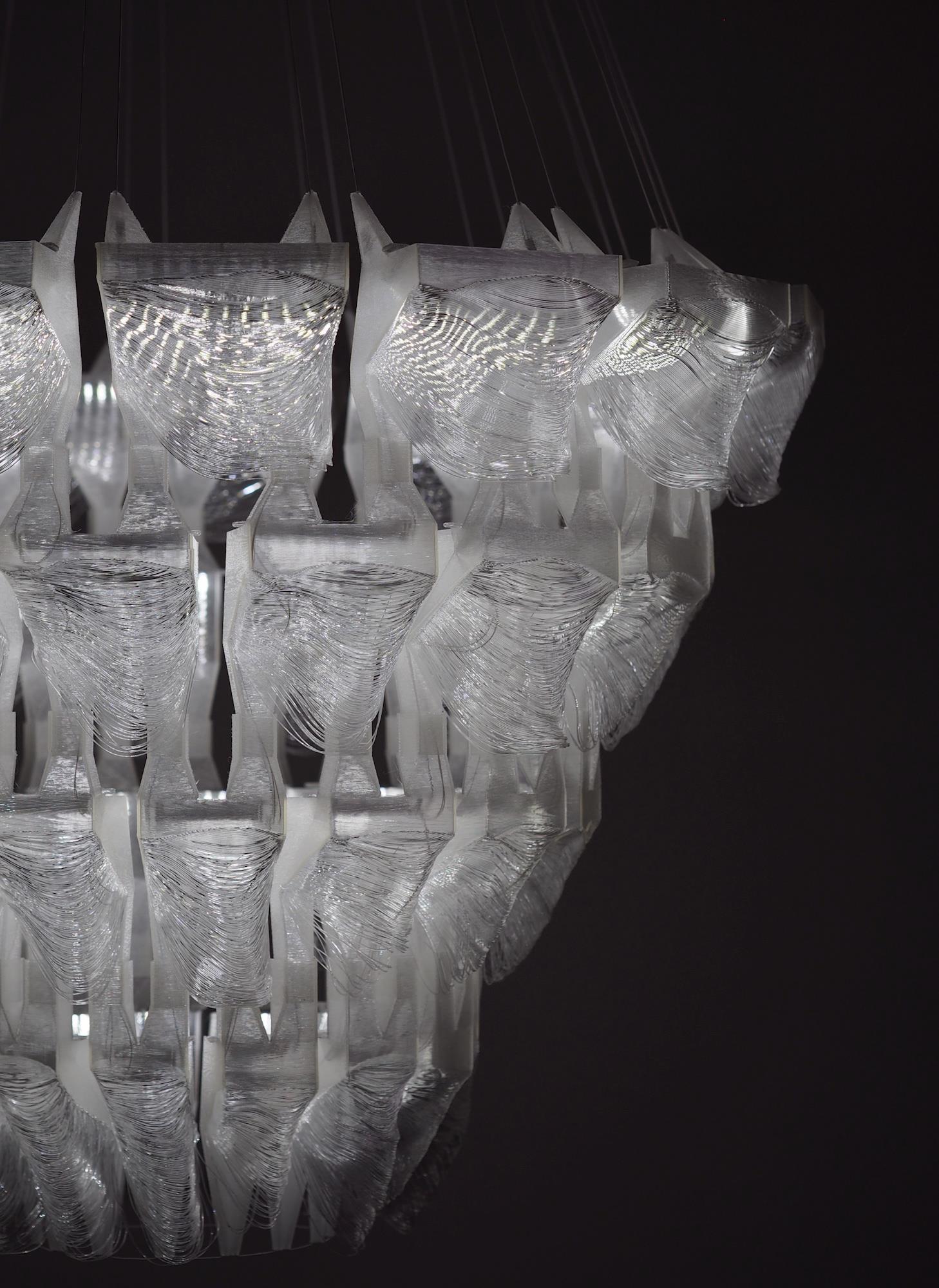 The Luster Chandelier is the result of an experiment with a desktop 3D printer. Instead of following the recommended settings, Silvia decided to leave a support material in places where it was needed to make use of enhanced design space and freedom in order to reach new shapes and surprising effects.

In fact, the form doesn’t correspond with the digital CAD model, but arose from some ‘fallen layers’ of plastic. This ‘mistake’ becomes an advantage, the main and decorative motif of the object that refers to traditional chandeliers.

Pictures in this post are property of Silvia Lovásová.