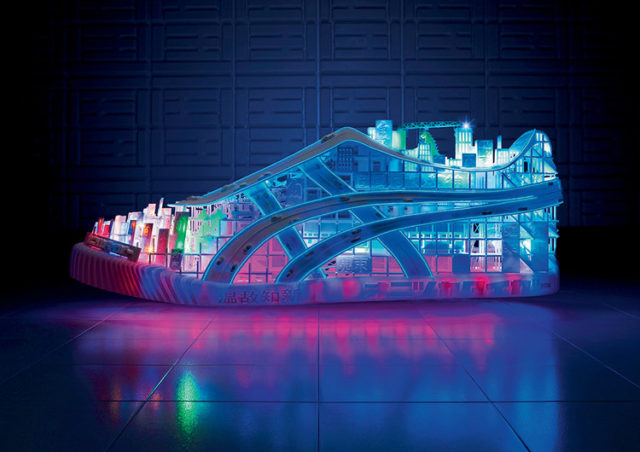 The Electric Light Shoe is a 70 centimeters tall sculpture containing a dream-like universe. The artwork features a kaleidoscope of Japanese cultural icons and was designed and fabricated back in 2008 already by designer and artist Janne Kyttanen. The illuminated shoe was created as the centrepiece of the award winning Onitsuka Tiger global Electric Tiger Land campaign.

The super detailed structure is laced with an LED lighting system that glows and pulses, bringing the sculpture to life. There are only one eight sculptures available in this super limited edition collection, plus two artist proofs.

The Onitsuka Tiger – Symbol for Streets and Highways

The characteristic Onitsuka Tiger stripes represents a system of highways and streets. Illuminated signs crowd the front of the shoe and a monster-like figure looms over buildings at the shoe’s opening.

The fine details were achieved with rapid prototyping, the process that enables a digital CAD file to be transformed quickly into a solid object, mostly by means of additive manufacturing technologies. 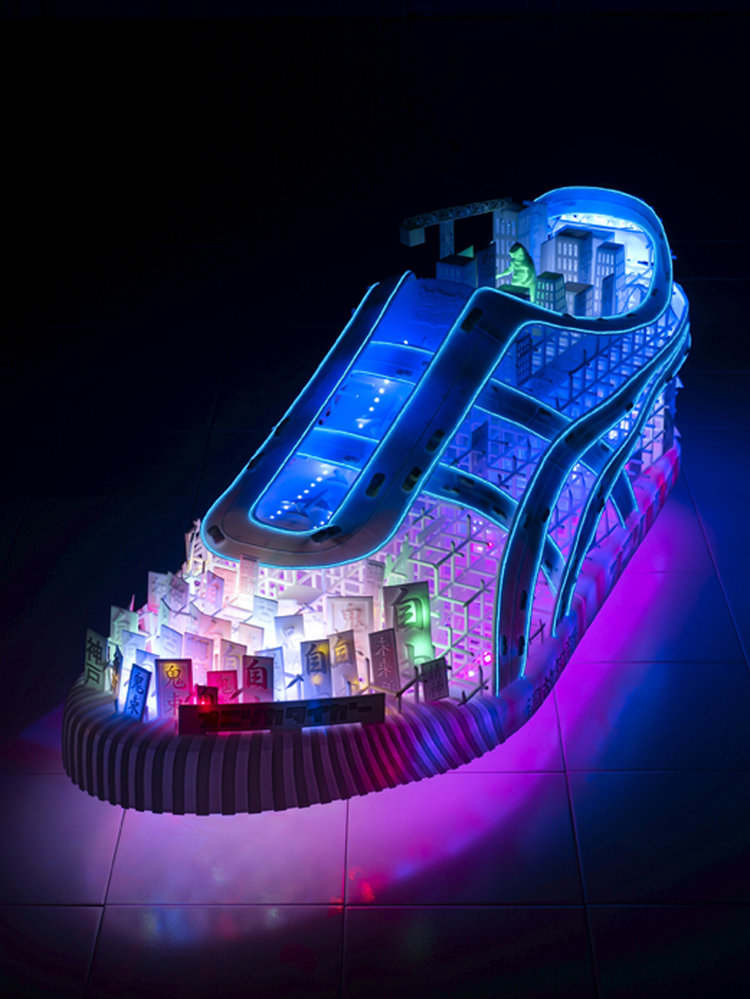 Janne Kyttanen is a pioneering digital sculptor creating multidisciplinary work at the intersection of 3D printing, virtual reality and augmented reality. His work has been featured in TIME Magazine’s ‘Design 100’, the people and ideas behind the world’s most influential design. Kyttanen is best known for his revolutionary work with 3D printing and is considered to be one of the most influential designers of his generation.

More availability and purchase info is available on the designers’ website.