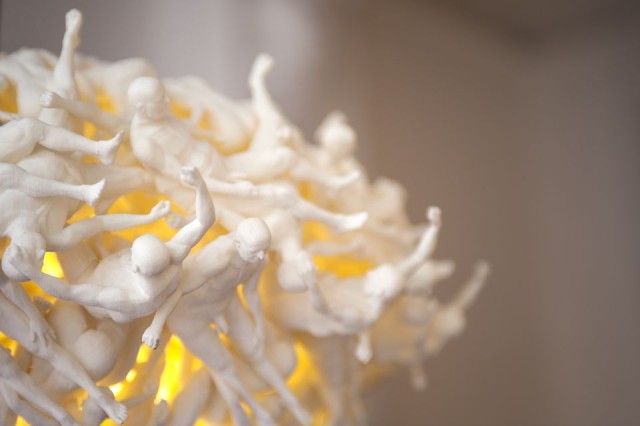 “A MASTERPIECE OF VIRTUOSITY: SIMILAR TO 18TH-CENTRURY IVORY FURNITURE, STRAIGHT FROM A COMPUTER”

It’s been a while since the initial launch in 2007, however the magic “Fall of the Damned Chandelier” designed by Dutch architect Luc Merx and printed by MGX.Materialise is still intriguing and very impressive. Consisting of a cluster of writhing human bodies and based on the notion of the fall of the damned, the lamp is made of white selective laser sintered polyamide.

Seamless Masterpiece as One Part

The Damned.MGX chandelier was produced using additive layered fabrication as one piece, without joints or seams, and would be impossible to produce using other manufacturing methods. It appears as a hovering mass of writhing nudes – opulent and bombastic – and recalls the classical motif of the fall of the damned, challenging viewers with age-old questions of guilt and morality. 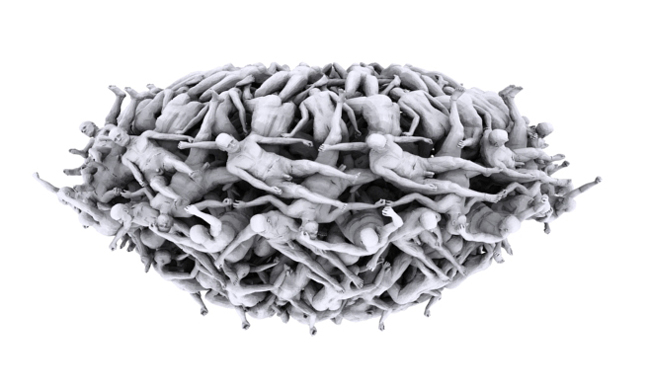 The lamp is a masterpiece of virtuosity, similar to that of 18th-century ivory furniture, but the difference is that this is not the result of our virtuosity, but that of a computer. The new questions about the possibilities of forms posed by this originate in a new understanding of technology. Technology no longer generates the forces, which determine the design of goods, but it enables an incredible range of possibilities and thus creates a new freedom of form.

The answer to this new freedom is not the voluntary self-restriction usually applied in modern design. Instead it’s the roam to work freely in the myriads of possibilities given to us. When considering design in this way, the design reflects the situation of the designer himself!