In Switzerland 20% of the population suffers from hay fever between January and August. Hay fever is caused by pollen like grass, ash, birch, sunflower, ragweed, and dandelions.

A density of many thousands pollen per cubic meter can be measured on some days. During these peak periods, not only allergy sufferers are affected but also people usually not allergic to pollen.

During pollen season, allergy sufferers usually try to avoid the outdoors and getting close to trees and flowering plants. The truth is, pollen is carried even inside our homes. They get inside while airing the room or are simply carried inside on one’s clothes or hair.

The ZHDK design project aims on raising awareness on these issues by making pollen visible for the first time: the pollen lamps. 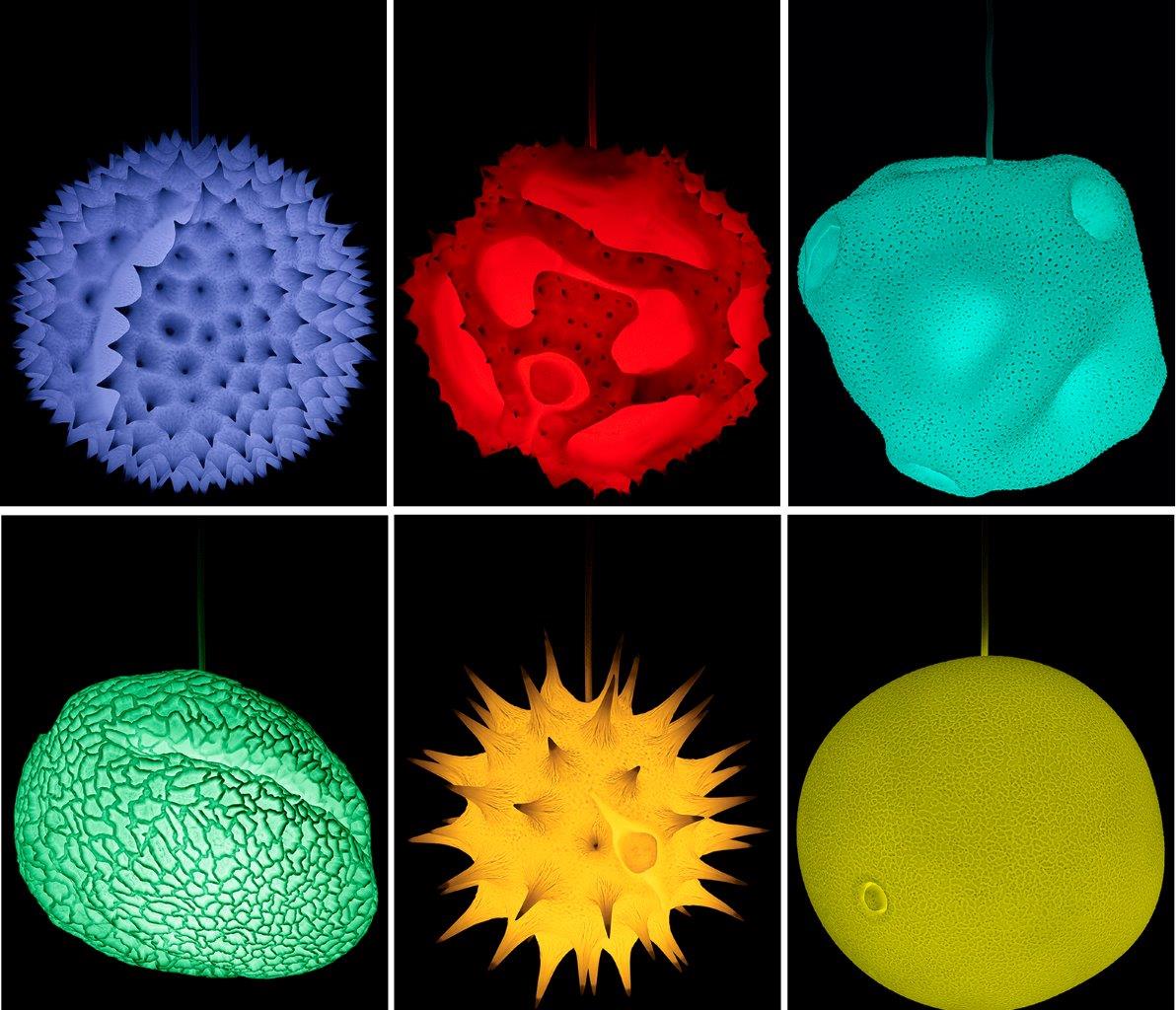 The pollen lamps were developed in collaboration with the designers Roman Jurt and Michael Kennedy from the Zurich University of the Arts.