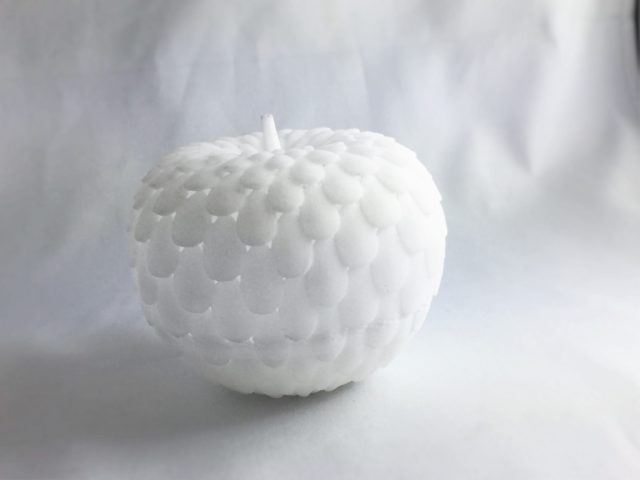 Currently, Binder Jetting lets you build only porous parts in gypsum or molding forms in sand. The process either needs a post building treatment, like the infiltration with epoxy, or is meant to create parts that are easy to destroy after casting procedures. This is where the new material system AE12 gets relevant. It enables the extremely economical production of functional plastic parts.

Finally it will be possible to use the Binder Jetting technology for direct additive manufacturing of high quality parts. “The biggest challenge was to reduce the porosity of the built parts to a minimum.” says development manager Johannes Günther.

The material system is based on PMMA, also known as acrylics. The binder is mixed with additives, that polymerize after the building process and close the part to create the highest possible density. The unprinted powder can be completely reused. That creates further advantages compared to existing 3D printing technologies.

The scalability to larger machines allows, in theory, to produce parts that are a few meters big – at the moment almost impossible in any traditional production process. Parts made in AE12 won’t be used for extreme mechanical use cases, but functional end products are definitely a target application.
AE12 was initially developed for Voxeljet machines, but will be useable on other Binder Jetting systems, too.

Beta customers are testing the material until in mid-2017 it will be accessible to the public. Samples are available on demand via Additive Elements. The process should let to additive manufacturing take the next step into the direction of serial production. Plastic parts will be producible at a fraction of costs of the established 3D printing technologies. For a lot of industries, this is the major criteria for adapting additive manufacturing.

Until market launch AE12 will be parametrized to even larger machines and different Binder Jetting systems.